The North-American T6 Harvard is a dual-seater trainer aircraft, used to transition pilots from smaller aircraft like the SV4 to fighters like the Spitfire and P51 Mustang.

Now it's your turn to experience this unique warbird! 600hp radial engine, flying open cockpit, taking the controls in flight,... Starting to dream yet? Read on! 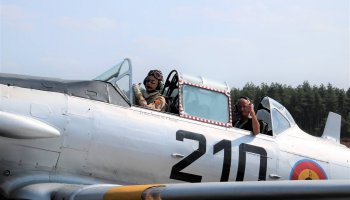 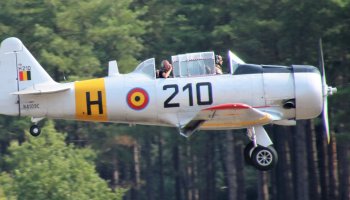 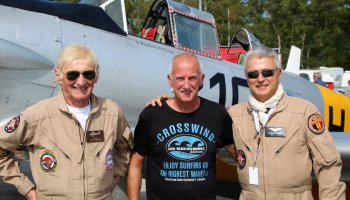 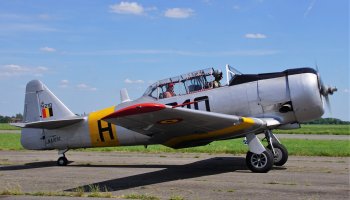 More than 22,000 aircraft of this iconic American trainer model were built. The aircraft served during the fifties and sixties, in just about every air force and therefore also in our country.

At the Belgian Air Force, which operated a total of more than 200 of these aircraft, the Harvard formed the link between the Stampe SV.4B and the Spitfire. Due to its size, the retractable gear and the adjustable propeller, the student pilot - who had only flown on SV4 until then - suddenly had to take a major step forward.

Now the Harvard is very popular with fans of older aircraft. Also in Europe, and especially in England and the Netherlands, some aircraft have been preserved. Dozens are still active in the USA.

This specific aircraft flew its entire career with the South African Air Force. It arrived in Antwerp in 1995 and since then has been part of the Stampe and Vertongen Museum. During the winter of 2006, N4109C was partly repainted for use in the movie "Waiting for Dublin" and later in 2011, it received its final look: repainted in the colors of Lt Flyer Baudouin de Changy.

The T6 is equipped with a 600hp Pratt & Whitney 9-cylinder engine.